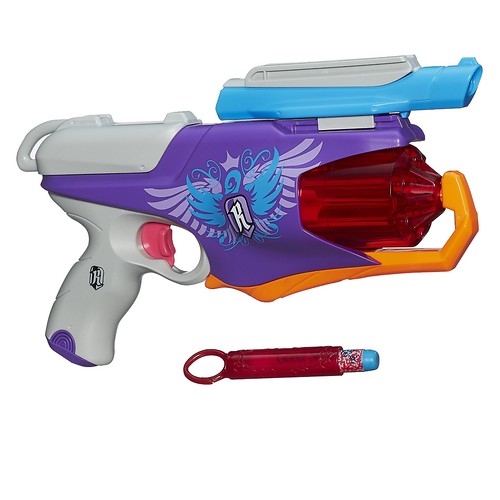 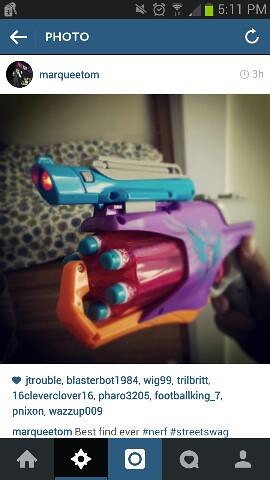 The other bit of small news is that thanks to Amazon Canada, we have some box art photos, as well as more promo photos and product descriptions of the Rebelle Spylight and Rebelle Messenger Blasters. You can not buy them yet, but those have prices for the Canadian Dollar for you Canadian Nerfers. You can check those out below if your interested.
END_OF_DOCUMENT_TOKEN_TO_BE_REPLACED

Amazon.com has put up a weblisting for the Zombie Strike Target Set. Also in the news, the White Rough Cut 2×4 is being sold on the Canada Toys R Us website, and Amazon has put up the Elite Suction Darts for SALE! For more info on these stories, check out the rest of the post.
END_OF_DOCUMENT_TOKEN_TO_BE_REPLACED

Photo thanks to Awesomely Nerf

A slew of new information regarding the Mega Magnus has hit the internet in the past few days, specificlly things I haven’t posted in this site yet. This new information has been gathered here for you all, and it includes a mod guide, internals, a range test, another unboxing, and prices for the countries of Canada, USA, and Singapore. Check the rest of this post for that info.
END_OF_DOCUMENT_TOKEN_TO_BE_REPLACED

You heard to the Walmart Canada website and searched up Nerf Mega,you would get the above image for the upcoming Nerf Mega Magnus blaster. What makes this a bit more exciting new then usual is that we have a sort of price point for the blaster now. It’s being sold for $18.87. So we should see it being for for around that price in other stores. We also recently had this blaster confirmed yesterday by Nerf on Facebook.

The description from the Walmart web listing of the Magnus can be found below.

Description & FeaturesYour battles are about to get a whole lot bigger – Mega bigger! The Magnus blaster has the same high performance as other N-Strike Elite blasters, but it features bigger darts engineered to fire farther than ever! Launch Mega Darts at targets up to 85 feet away and dominate the biggest Nerf battle yet with the Magnus blaster. Its built-in, one-handed clip lets you reload fast to get back in the game, and it comes with 3 Mega Whistler Darts that scream as they fly! Hit the battlefield with Mega power with the Magnus blaster!

Nerf and all related characters are trademarks of Hasbro.

TO AVOID INJURY: Use only darts designed for this product. Do not modify darts or dart blaster.